Dining on the Alley

Sitting in the exquisite comfort of a handcrafted Italian leather banquette waiting for our server to return, it’s hard to imagine that not so long ago this elegant dining room was an empty warehouse that hadn’t seen the light of day in decades. Clubby and classic, Michael’s on the Alley is Charleston’s newest upscale steakhouse and part of an ambitious undertaking to transform an entire block of downtown property.

Located on Hutson Street, one of many old back alleys weaving through the city, Michael’s joins neighbors Vincent Chicco’s and The Victor Social Club as the latest additions to Michael Bennett’s dynastic Holy City Hospitality. Executive chef Aaron Lemieux, who started his journey with the group at 39 Rue de Jean, oversees culinary operations for the trio of eateries.

“We’ve got six restaurants on one block, two hotels and another coming,” says Bennett, whose entrepreneurial spirit has kept him busy since he was a boy mowing lawns and renting mopeds in the City Market. He bought the first of a long string of investment properties—a downtown fixer-upper—in 1977 at the age of 21 and did all of the “grunt” work himself.

“I was a foot soldier in [Mayor] Joe Riley’s army,” says Bennett. “He was visionary … and very motivating. He’d say, ‘We’re gonna build the best waterfront park—the best of everything.’ There weren’t many young developers at that time—we saw it happening and loved it.”

He says Riley’s progressiveness helped people like him—hardworking but unconnected—participate in the city’s development.

A lifelong resident of the Holy City, Bennett has a deep family heritage that he’s honored with the construction of the three new restaurants. Descended from Irish immigrants who landed in Charleston in 1850, his parents built their lives from nothing. As a youth, his father Warren shined shoes, worked odd jobs, repaired trucks and, in the 1970s, raised sunken boats. Their circumstances improved over the years, and the 1940s and ’50s found his father working at the original Victor Social Club—a nightclub on Hayne Street owned by his uncle Leo that featured “one-armed bandits.” The new Victor is a tribute to his father and the family owned landmark—sans slot machines.

The warehouse property Bennett had earmarked for his trio of new restaurants was part of a parcel he purchased from the heirs of Vincent Chicco, a local businessman who’d made a name for himself operating the first “blind tigers” during the rough and tumble Prohibition years.

“They shared all their family photos,” he recalls. “Vincent junior had come here from Sicily, an early importer of olive oil. His wife grew beautiful camellias—she sent a bunch to the Trumans, and they became frequent visitors to the White House.”

Bennett says it was then that he decided to commemorate Chicco’s legacy as well. Twenty-five years later, in early 2014, he was as good as his word.

“I waited to renovate the three warehouses until I was ready to begin construction on the old library property,” explains Bennett, adding that the permitting for the luxury hotel he has planned for the site overlooking Marion Square took 10 years to acquire.

Michael’s on the Alley was the last restaurant to open its doors. “I had always wanted to do a very high-end steakhouse,” muses Bennett. “We were a month away from opening, and still didn’t know what we were going to call it. We were in a brainstorming meeting when my mom stuck her head in, and I asked her to join us.”

Bennett recalls that without hesitation, his 92-year-old mother delivered a recommendation, saying, “Well you know, Michael, you opened Virginia’s for me, and you opened Victor’s for Warren, so you should name the steakhouse Michael’s on the Alley—you deserve it.”

The modest Bennett was a bit chagrined, but declared, “the tribe has spoken,” and the design team left the building, created a sign and printed menus.

Inside Michael’s, casual elegance and exemplary service rule. In classic steakhouse style, dark wood grains envelope white clothed tables, and the lofty dimensions of the warehouse walls are covered with original artwork depicting pastoral Lowcountry scenes. “We decided we wanted the paintings to reflect my family’s life,” notes Bennett. “We all hunt, fish, play baseball together.”

Dinner began with a Caesar salad expertly prepared tableside by server Aaron Thames. Its lemony edge was a perfect foil for the prime Wagyu, which I’d ordered with tangy goat cheese mashed potatoes and roasted asparagus. The perfectly cooked steak was garnished with a shallot demiglace that paired nicely with the Petit Syrah Thames recommended.

“I love the challenge—it pushes you to be creative,” says Lemieux, who’s worked with James Beard award-winning chef John Besh. The Connecticut native credits his mentor, chef William Stacks of the Culinary Institute of Charleston, for precise methodology in the kitchen, and a rural upbringing for his respect for the planet.

“I don’t want to serve things that are damaging to the environment or not sustainable,” notes Lemieux. “I have a 20′ x 20′ rooftop garden planted with okra, cucumbers, tomatoes, herbs—it’s not much, but at least I can pick something fresh when I prepare my amuse-bouchetonight.”

On a return trip to the alley for dinner at Vincent Chicco’s, I found a menu that represents traditional Italian fare with dishes such as a piquant chicken picatta; and from the pasta list, lamb sugo (tender lamb shoulder simmered Bolognese style) and Sicilian Sunday gravy (a meaty tomato sauce classic tossed with a fresh grating of pecorino romano).

A “cathedral to cocktails” as Bennett likes to say, The Victor Social Club woos guests with high-end cocktails such as The Hemingway—a blend of Flor de Caña rum, grapefruit and brandy cherries champagnes, and treats such as foie gras torchon and Wagyu beef tartare.

“In this day of celebrity owners and chefs, our celebrity is the guest,” notes Bennett. “What we do is for a genuine love of the hospitality business, and for this community.” 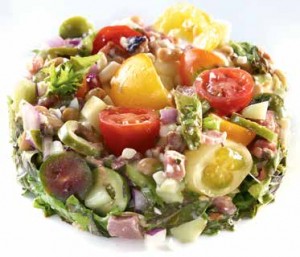 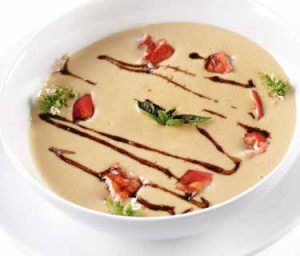 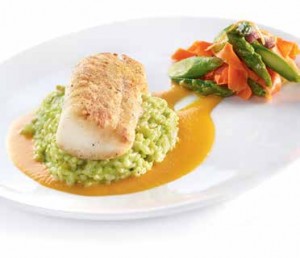 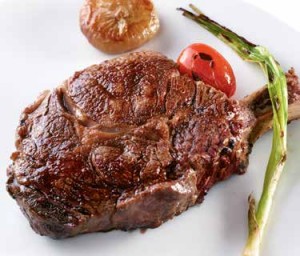