UPDATE: Due to Hurricane Dorian, Charleston Restaurant Week has been extended through September 22nd!

From September 4th through 15th, Charleston Restaurant Week will be back in the Lowcountry! Crowd-pleasing restaurants in downtown Charleston, James Island, Isle of Palms, and more will be offering up unique creations that their chefs have spent the last few months perfecting. Once again, Holy City Hospitality’s 39 Rue de Jean is pleased to be a member of the restaurant community participating in this time-honored foodie tradition.

During Charleston Restaurant Week, 39 Rue de Jean will be offering three tantalizing courses for the fixed price of $40. Whet your appetite with a flavorful first course, satisfy the remnants of your hunger with a delectable second course, and complete the culinary adventure with a fruity dessert third course.

39 Rue de Jean’s first course has some dishes that stay true to our restaurant’s French roots and others that speak to an American interpretation of French cuisine. With our Tarte Flambée made with the traditional ingredients of bacon, caramelized onion, gruyère, and crème fraîche, you’ll feel as if you were dining in the heart of Strasbourg instead of downtown Charleston. Other first course options include Vichyssoise, a chilled potato and leek soup, and Salmon Squared Rolls, a sushi course that serves as a testament to Rue’s versatility.

Our second course options consist of the famed Beef Bourguignon, the North African Chicken Tagine, and the humble Trout Provençale. Some of these dishes began as peasant’s fare, but have been refined over time into meals that anyone would be more than happy to dig into. Each of them have that comforting and filling umami flavor; you can’t go wrong with any of our French-inspired second course choices! 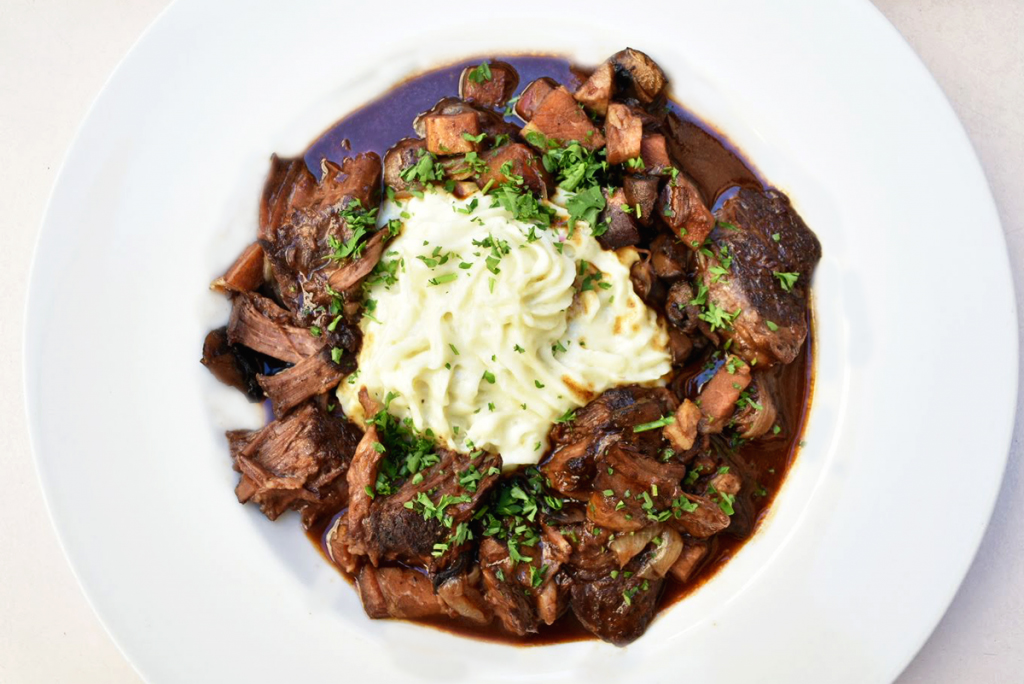 The third and final course has a delicate balance between decadent and fresh. Choose from a rich Chocolate Påté with crème anglaise and raspberry coulis, a crisp Raspberry Sorbet, and a Port Citrus Poached Pear with goat cheese white chocolate mousse and pistachio.

Unfortunately, these food options won’t last forever, so be sure to make a reservation and join 39 Rue de Jean for Charleston Restaurant Week before they’re off the menu! 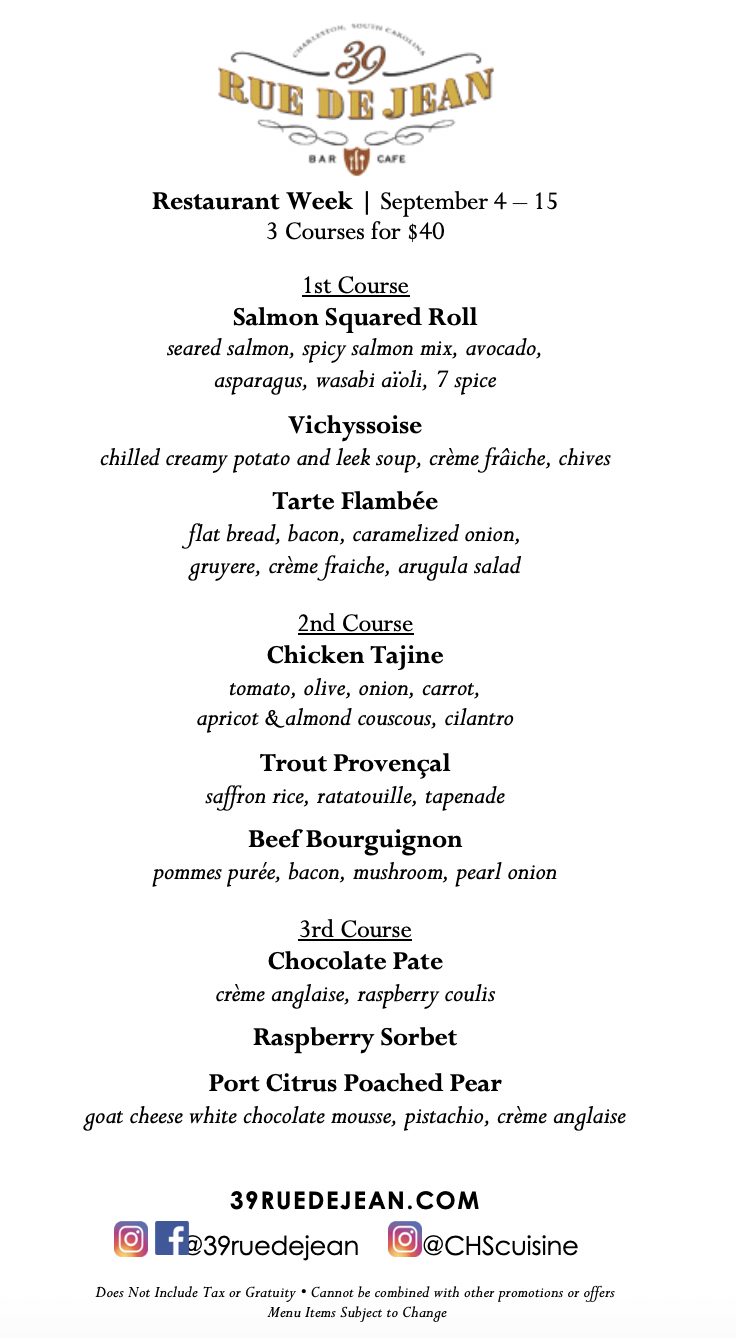